Past and Present Generations between the Rivers Danube, Thaya and March 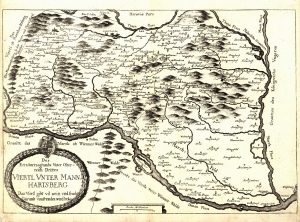 The Weinviertel now enchants with its sense of peaceful repose, but over the course of centuries it consistently provided the stage for essential developments in Europe’s evolving history. Celts, Avars, Kurruzi, Slavs, Hungarians, Turks, Swedes, French, Prussians and Russians – they all left their tracks in the fertile ground of this traditional borderland. Signs of their passage can be seen nearly everywhere between the Danube River, the Thaya and the March.

The Weinviertel reveals a bountiful wealth of cultural treasures, some quite distinctive and all well worth a visit. Here, the most substantial network of museums in the state of Niederösterreich (Lower Austria) offers a widely varied and diverse programme to interested visitors.

A Short History of the Weinviertel

The land east of the Manhartsberg – a low-rise flank of the Bohemian Massif – has been settled since ancient times. In the last Ice Age, more than 20,000 years ago when woolly mammoths were grazing in the treeless tundra landscape, the first nomadic hunters appeared on the scene. Between 6,000–5,000 BCE, Stone Age hunters and gatherers evolved into settled farmers, who had already domesticated animals. In order to settle the area, people were first obliged to carve clearings out of the dense forests. Quite soon, extensive fortifications and circular Neolithic earthworks called “roundels” arose – these latter used for social and religious purposes.

After the Bronze Age followed the Iron Age, which left the Weinviertel with mounds known as “Mugl” – vast tumuli where powerful Hallstatt Culture chieftains were laid to rest. The best known of these can be admired in the town of Grossmugl.

Even before the Christian Era began, Celtic (better known as Gauls) appeared in the Weinviertel and the Romans were soon to follow. During the Great Migration, Lombards and Avars came, and Slavic peoples settled many parts of the Weinviertel. The ever-expanding growth of Christianity brought migrants to the Weinviertel from Frankish and Bavarian territories.

During the Babenberg era (976 – 1246) “mother parishes” were founded, which constituted the evolving nucleus of institutional Christianisation. In 1278, the battle of Dürnkrut and Jedenspiegen marks the beginning of Habsburg rule. In this campaign, fought within the borders of the current Weinviertel, Rudolf von Habsburg defeated the Přemysl ruler King Ottokar II. The era of the Habsburg monarchy ended in the Weinviertel, as elsewhere, with the abdication of Emperor Karl in Eckartsau in 1918. These 640 years were not only a time of war – though there was plenty of that: invasions and incursions of Hussites, Bohemians, the Hungarians under Matthias Corvinus, Turks, Swedes (who truly laid waste to the area in 1645), Napoleon (1809) and the Prussians. There were also times when peace, expansive construction and social development flourished. Marvellously beautiful Sgraffito-adorned houses from the time of the Renaissance are preserved here. Many churches reach back in time to the Romanesque period, often with a chancel added during the Gothic, to be later ornamented in full baroque fig during the 18th century.

Looking at its history, the Weinviertel is today frequently characterised as having been a “bloody battlefield” and a transit-territory. The decades after the World War II found the Weinviertel on the periphery, lying in the tall shadow cast by the Iron Curtain. Then, like a wonder, the sudden downfall of the Soviet socialist system in 1989 opened the barricades separating Austria from neighbouring states. A new epoch dawned for the Weinviertel, which had spent so much time as a stagnant corner of Europe.

Weinviertel DAC designates the distinctive and immediately recognisable character of peppery Grüner Veltliner from the Weinviertel.

The winegrowing region ‘Weinviertel’ is located in the State of Niederösterreich (Lower Austria) and with...